Happy days! Until you check the click through rate on your tweets.

Some people will retweet or favorite your tweet without clicking on the link! Your tweet may be entirely focused on that link but you’ll get retweets from people who haven’t interacted with your content. That’s great if you want to look popular but it doesn’t help if you want to sell on Twitter.

But this is not going to happen to you! Not after you read these tips. We’ll start with the easiest and yet trickiest part.

But this is not going to happen to you! Not after you read these tips. We’ll start with the easiest and yet trickiest part.

You need to write really good tweets to sell on Twitter!

You already knew this. BUT! Take a look through your Twitter feed and notice how few of the business related tweets catch your eye. Not many eh? Take away the fancy words and they’re all pretty much shouting  – ‘Look at me!’

Take time to create some really good tweets. Once you find some that work you can use them on a regular basis (yet not too often), just keep tweaking them until they get the best response.

So how do you write a really good tweet? Here are some basic tips before we drill down to the science.

So that’s the basic requirements, but there are other useful tricks. The following tips are all focused on improving your Click Through Rate (CTR). After all, we want to sell on Twitter, not just follow the funny hashtags.

Using a hashtag gets twice as much engagement on your tweets. Use a site like hashtagify.me to find the most active hashtags. While this extra engagement includes retweets, favorites and replies as well as click throughs, it’s certainly worth considering in your quest for click throughs. Use one or two relevant hashtags in the tweet to see the benefit, if you use three the response drops by 17%! Tweets with images not only result in an increase in general interaction but Buffer.com found they also increased clicks on links by 18%. Most of us carry a camera with us all the time – on our phone. It’s time to get creative!

Make it clear you’re an expert in your field by participating in a Twitter chat. People are more likely to click on your links if you have previously impressed them with your knowledge. You can search the hashtags on Twitter for chats on keywords you use, or keep an eye out for chats happening on your feed. If you can’t find a good regular chat start one yourself!

Social media strategist Dan Zarella ran some interesting experiments and discovered that the CTRs of links decreases hugely if more than one link containing tweet is sent in an hour. Don’t sell to your followers all the time. Spread your promotional tweets out and share useful information from other sources too.

Zarella’s research also showed that the optimal length of a link-containing tweet was 120-130 words. This was back when the tweet length was 144 characters. Since then it was increased to 280 in November 2017 but Twitter claimed in February 2018 that the average tweet length hasn’t really changed.

When the maximum tweet length was 144 characters it was good practice to make all tweets shorter than this to allow people to retweet without having to edit your tweet. The same logic applies to the 280 character limit but Twitter was always about brevity so don’t use extra words just because you have more space.

Zarella also discovered that the optimum place to put links in a tweet is about a quarter of the way in and not at the end of the tweet. Maybe it appears to be less like a sales pitch this way making it the wrong way to sell on Twitter? 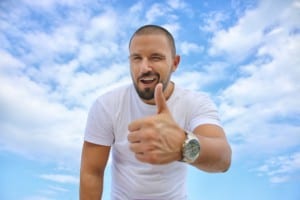 The last of Dan’s tips is to focus on specific words that increase the click rate. The best word he found was ‘Via’ followed by ‘@’, ‘RT’, ‘Please’ and ‘Check’. Most of these hint that retweeted links are more successful.

This could be because they have been recommended by someone other than the original tweeter. However, the process of asking for a retweet not only gets you more exposure, but also more clicks.

Just make sure you avoid the word ‘marketing’ as that has the biggest negative impact on click through rates.

Use arrows before your link

The theory is that inserting arrows before a link draws the eye to the link and makes more people click on the link. For example:

However, some people find it annoying so try it with a few different tweets and see if it increases the click rate in your audience.

You’ve carefully crafted the perfect tweet and sent it out. It could earn you lots of exposure or it could die a lonely death and get no response at all. Don’t be shy in sending it out again at different times. If it gets a positive response, try altering it slightly and publishing it again. Just be sure to space it out so you don’t annoy your regular followers.

No-one likes listening to someone who spends all the time talking about themselves. Twitter thrives because people show their personality and share information that is useful to other people. Add value to the community, respond to @mentions – be a human. Even if your focus is to sell on Twitter!
People like to buy from people – not a Twitter bot!

Create fun, interactive quizzes with our quiz maker and use them for lead generation – collecting email addresses of people interested in your product for your newsletter or sales funnel. 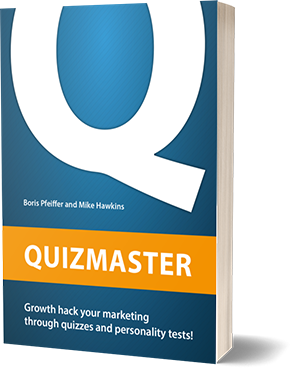 Create your own (awesome) quiz

Get the free book

Menu
Facebook Twitter Youtube Linkedin
This website uses cookies and similar technologies to provide you with the best possible service. By clicking "Agree" you accept the processing and also the transfer of your data to third parties. The data will be used for analysis, retargeting and to play out personalized content on third party sites. Further information, including information on data processing by third parties, can be found in the settings and in our privacy policy. You can reject the use of cookies refuse or at any time via your settings.

In order to offer you an optimal website experience, we use cookies. These are small Text files that are stored on your computer. These include cookies for the operation and optimization of the site as well as for services, such as the display of Share prices or Google Maps as well as content based on your online usage behavior. So can be detected, for example, if you visit our site repeatedly from the same device. We would like to give you the choice which cookies you allow.

These cookies are necessary so that you can navigate through the pages and use essential functions.

These cookies help us to better understand user behaviour. Analysis cookies enable the collection of usage and recognition possibilities by first or third party providers, in so-called pseudonymous usage profiles. For example, we use analysis cookies to determine the number of individual visitors to a website or service or to collect other statistics regarding the operation of our products, as well as to analyse user behaviour on the basis of anonymous and pseudonymous information on how visitors interact with the website. A direct conclusion on a person is not possible.

These cookies and similar technologies are used to display personalized and therefore relevant advertising content. Marketing cookies are used to display interesting advertising content and measure the effectiveness of campaigns. This is done not only on this website, but also on other advertising partner sites (third party providers). This is also known as retargeting, it is used to create a pseudonymous interest profile and to place relevant advertising on other websites. A direct conclusion on a person is not possible.

On this page, third-party providers are integrated into services that provide their services independently. When you visit this site, data is collected using cookies or similar technologies and transmitted to third parties, in some cases for our own purposes. To what extent, for what purposes and on what legal basis further processing for the third party's own purposes takes place can be found in the data protection information of the third party provider. You can find information on the third-party providers who are responsible for their own use in the data protection notices.